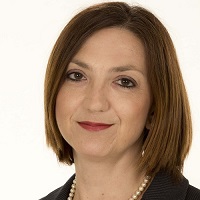 Good afternoon. My name is Ana Margarida Alho and I'm here with Dr. Natasha Azzopardi-Muscat. She's a medical doctor and a specialist in Public Health. She was chief medical officer in the Ministry of Health in Malta and served as president of the European Public Health Association (EUPHA). She's now the director of the Division of Country Health Policies and Systems of the World Health Organization (WHO).

Ana: Dr. Natasha, you've been actively involved in health advocacy at the European level. Could you please tell us some of your major fights and achievements?

Natasha: I have been actively involved in this work since the time when I was responsible for Malta’s health dossier for Malta, when the country was going through EU accession. But over the years, I have been a strong advocate for a much bigger role for health in the European Union.

I think that when we give more attention to health, we are doing a better job at connecting the EU’s to European citizens, bridging and building trust.

Then when I became president of EUPHA, we engaged started engaging with a number of NGOs to really ensure that health does have its rightful place on the EU’s agenda. Of course, we have expanded to other areas of health, such as our current efforts to strengthen mental health efforts at the EU level.

Ana: You have worked in EUPHA and now at WHO? How different is the work developed in these two institutions?

Natasha: WHO is an international civil service. So my work now with WHO is far more similar to the work that I used to do, for example, when I was Chief Medical Officer in Malta.

That means having access to the corridors of influence and policy-making at the national level, engaging with ministers of health and other decision-makers.

As WHO, we engage with ministers of health across the Region and now increasingly—especially since the COVID-19 pandemic—with ministries of foreign affairs, finance as well as prime ministers and heads of states. The COVID pandemic has very much elevated the importance of health within politics and decision-making.

As to the constraints that you have when you work in an organization such as WHO or in a national civil service, you have to very much follow a series of protocols and rules and official communication and diplomatic channels. When you work for civil society organizations such as EUPHA, you might have less access but you have more “voice” because you have more unrestrained freedom. So this is the balance: in the institutional set up, you have quite a lot of power but you are constrained by the regulations. When you work for the civil society, your voice is less constrained by politics, but perhaps access can be a challenge.

Ana: That's a perfect characterization. We all know that some elite areas are highly competitive. Nevertheless, you managed to establish a family with three children and hold several prominent positions. Have you ever experienced gender discrimination?

Natasha: I think I was fortunate. At the time I started, both in my country and on European level, there was a genuine push to start to try to redress the gender leadership gap. So I was lucky because there was an awareness of the need also to look for perhaps a promising young woman who could also then be promoted. But at the start of my career, I was very often the only woman sitting around a decision-making table full of men. And while I haven't experienced open discrimination, I have been in many situations where a kind of masculine culture exists that sometimes does not take into account the woman's perspective.

Certain things are taken for granted, such as, for example, the availability to travel at short notice or to be always available. I think that people, perhaps wouldn't want to knowingly discriminate, but because of a lack of knowledge and awareness, it happens. I still see it and I still think now that people sort of don't stop and think “what would it be like from a woman/ family point of view?”. I think that is changing, but it takes time. Today young men will have to take on more domestic responsibilities, which is something that was not so common just some years ago.

Ana: Yes, fortunately. If you could offer some advice to young professionals who sincerely value their careers, but simultaneously want to spend quality time with their families, what would you recommend? I know it's a difficult balance.

It’s like keeping your eyes on juggling balls and trying to think which is the ball that is about to fall and see if you manage to grab it. You will drop sometimes a number of balls along the way, and again, that should not discourage you. You have to accept that there will be times when it's going to be impossible to be at your daughter’s  to the dance show or to go to your child's school graduation because things are just going to coincide. It’s important to accept that sometimes you are going to be sad, as well as your children. It's not going to be perfect, and you will have to accept that.

The second piece of advice is to have a great support network and not be afraid to ask for help, not to be too proud or to think that you can manage everything. That, of course, means that you may have to accept other people's standards, whether it's work, whether it's at home. You cannot impose your standards on those who are caring for your children or supporting you. You will have to be able to let go, live with that and be at peace with the fact that they are going to do things differently.

Ana: Wow, what an answer! And the last question, you probably work a lot and have little time to rest, even though you will always find the time, even for the youngest. Could give us some key advice for time management as in this area you’re certainly an expert.

Another important thing is to ensure that you do keep a little bit of time for yourself and for what matters to you, like going to a spa or taking care of yourself. Whatever is important for you, plan it. You need to plan everything and really work with your calendar, to avoid that it's too late to take that holiday that you need and deserve.

Another advice is “do what you can do straight away, do not procrastinate”, because it’s one less thing on your mind. So, any email that can be answered immediately, don't leave it for a day or two, do it straight away. And then, accept that there are certain things that you won’t be able to manage, in my case, for example, I practically never watch television and I don’t have a TV where I live now, in Copenhagen! 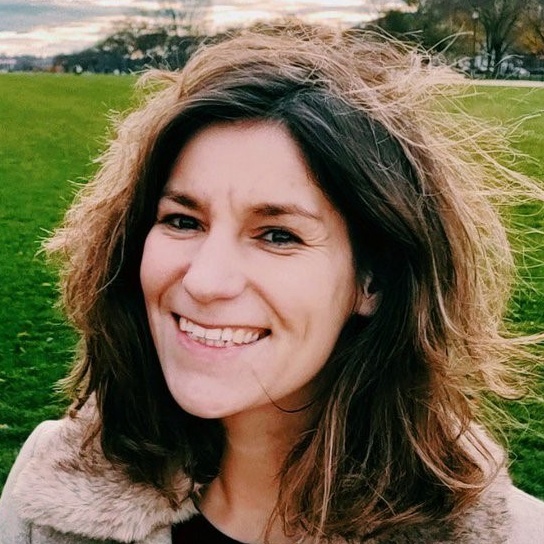